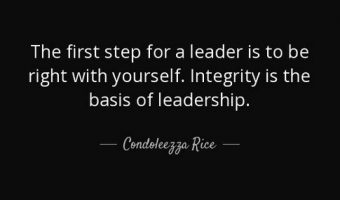 Leadership Through Character You may have seen either the original or the remake of a film called "True Grit", a western that starred John Wayne as U.S. Marshall Rooster Cogburn in the 1969 version and Jeff Bridges in the starring role in the 2010 remake. The plot involves a … END_OF_DOCUMENT_TOKEN_TO_BE_REPLACED