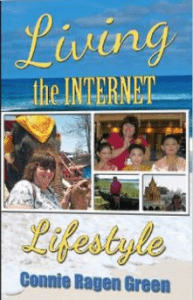 This morning I received a message from one of my online friends, where he shared that he is now working from a city about twenty-five miles north of where he lives in order to rekindle the fire in his business. I’ve been doing this for the past three and a half years and it works unbelievably well.

I live in two cities, eighty miles apart here in southern California. One is Santa Clarita, a suburban city of almost 300K deep in the desert. It’s still 85 degrees Fahrenheit or so every day, and I love living out in the country among the owls, possums, and even the howling coyotes.

My other residence is a mile from the Pacific Ocean in Santa Barbara. This city has a unique appeal that makes me feel like I live in a small village. It’s ‘sweater weather’ this week, and the waves have an extra flair as they crash against the shore after last night’s full moon.

Going back and forth between these two cities has kept me on my toes when it comes to maintaining my creativity, writing prolifically, and feeling blessed to have this amazing life of an online entrepreneur.

You can do the same thing no matter where you live. I wrote about this in ‘Living the Internet Lifestyle’, one of the books I published as a part of my pursuit to help you get started online. I continued the discussion in my later books, as well as at my live events and the Retreats I host several times a year in Santa Barbara.

It all begins with your desire to jump start your business in a huge way. Then you choose the destination where you want to spend more time. I initially did this in a city named Ventura, which is on the beach about forty-five miles from Santa Clarita. I would leave my house in Santa Clarita on a Friday morning and make the one hour drive over to Ventura to enjoy the ocean and the cool breezes. I would sit and write on a bench overlooking the beach or at a nearby coffee shop and then have lunch at one of the little places along the pier. After lunch I would check in to the hotel and do a few hours of work before heading out to dinner. The following morning I would work until checkout time and then go back to my bench to write some more before heading back home. I ended up being in Ventura for about thirty hours, which was just enough time to feel rejuvenated and invigorated to keep my business moving.

Several years ago I realized that my business was doing well enough for me to have a second residence in Santa Barbara, a city I fell in love with almost thirty years ago when I attended their first international film festival. I now have two lives in these two diverse cities and love every moment of it.

Do you have a place you get away to on a regular basis? Please leave a comment and tell us more about how this has impacted your business.