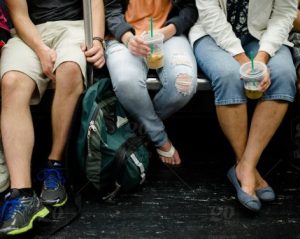 How to Become the Most Popular Entrepreneur in the World

I wasn’t the most popular girl at school. I wasn’t even close. So I’m not sure why it was important for me to become the most popular entrepreneur in the world. During elementary school I became aware that many of the other kids, both boys and girls, were considered to be popular. Looking at my reflection in the school bathroom one spring day while I was in the third grade I attempted to study why this was the case.

My features were average, or slightly above. After a few minutes I determined this not to affect how popular a person was. I thought of three excellent examples of kids I was friends with who were very popular but had only average looks. So it wasn’t about looks at all.

I was funny, and that gave me a certain level of clout within my group of peers. I was nice and kind and good in math, and willing to help anyone who was struggling in this area. And when Mrs. Beck, our third grade teacher began referring to me as “the mathematician” I did not let this go to my head. At least I don’t believe I did.

So how could I attain the status of “popular” among my peers? How could I obtain that certain je na sais quoi I so longed for?

By sixth grade I still hadn’t broken the code and decided that everything would change once I was in junior high. But alas, that was not to be the case. I was still the same person I had been, no matter how hard I tried to reinvent myself. The only difference now was that instead of being one of one hundred twenty kids in elementary school I was now one of almost a thousand mostly unfamiliar faces, wandering the halls in search of a friendly smile, a familiar face, a kind word, and the location of my next period class.

In Search of Popular

Within a few weeks the clicks and groups had formed and I did not seem to fit into any of them. Two of my best friends from the neighborhood were scooped up by the popular kids and anointed as charter members of a new group that did not include be. My best friend was now attending a private school and two other good friends had moved away to parts unknown.

Instead of trying to force a square peg like me into a round hole I found two sympathetic souls in my homeroom and we formed an unofficial group among ourselves.

Billy was actually one of the cool kids and could easily have slid into the highly sought after group of popular kids, but troubles on the home front made him take a step back that year. It was wonderful to spend time with a boy who treated me like an equal and didn’t want to kiss me. The other boy was Timmy and we went way back with a friendship that began when my mother and his father became friends long ago. They were each single parents and the bond between them was a strong one. My mother never said anything but I am sure she was silently happy that Timmy and I had finally formed a close friendship.

Somehow surviving junior high, which is a feat not easily achieved I moved on to high school. Once again I was under the illusion that a new school would make for a new me, and this time it took less 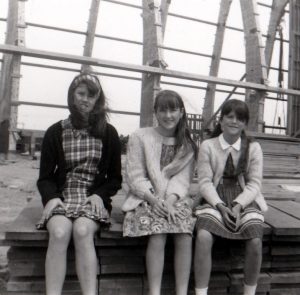 than a day for me to come to terms with the truth of the situation. This time I had lost almost twenty pounds and worked all summer to buy trendy, stylish new clothes, but underneath my itchy mohair sweater it was still just me.

During my adult years in the work force I knew I was simply an older and not much wiser version of the third grader who had stared into the mirror in the school bathroom searching for answers. Yes, I had some friends and a few close ones and I was even funnier than my younger self had been.

Fast forward to 2006 and I am now a new entrepreneur with a new outlook on life. I have accepted and embraced who I am, inside and out and believe I am in the process of reinventing myself. In this world I am perceived and judged by different standards than I have been in the past. Most of my business is virtual, alleviating the feeling of wanting to be accepted, and liked by my peers.

Breaking the Code – The Most Popular Entrepreneur in the World

When I achieve my business goals there are many people giving me kudos for a job well done. This can make me feel, at least for a brief period of time as though I am the most popular entrepreneur in the world. And I have reinvented myself into someone with a strong work ethic who does what she says she will do and sets goals that are just out of reach as a way to reach her full potential. And the ongoing increase in income brought about by this new attitude adds to this feeling of power and success and joy. Yes, I am happy and proud and joyous.

But I’m still not popular or even one of the cool kids and I wonder out loud why this still bothers me. I think back to junior high, the years where we are thrown into the fray with creatures that we have not previously encountered and whose sounds and motions are unfamiliar and even threatening at times.

Then I laugh out loud at this thread that has followed me for half a century and continues to intertwine itself in the fabric of my life. I no longer care what others think of me or how they choose to define me. In fact, what anyone else thinks of me is none of my business. I have become my own person and my life is larger than I ever imagined it could be. I not only have become one of the cool kids, I’m the coolest kid and the most popular entrepreneur in the world.

The validation I receive when I speak to groups of authors and entrepreneurs around the world, publish a new book, and release a new information product lets me know I am making a difference in someone else’s life, and that’s as cool and as popular as I ever need to be.

I’m author, publisher, and entrepreneur Connie Ragen Green and would love to connect with you. If you’re new to the world of online entrepreneurship and “inner game” thinking please check out my training on how to sell yourself at Sell Yourself and Your Stuff and learn how to gain an unfair advantage when it comes to building a lucrative online business. I’m here to serve you!