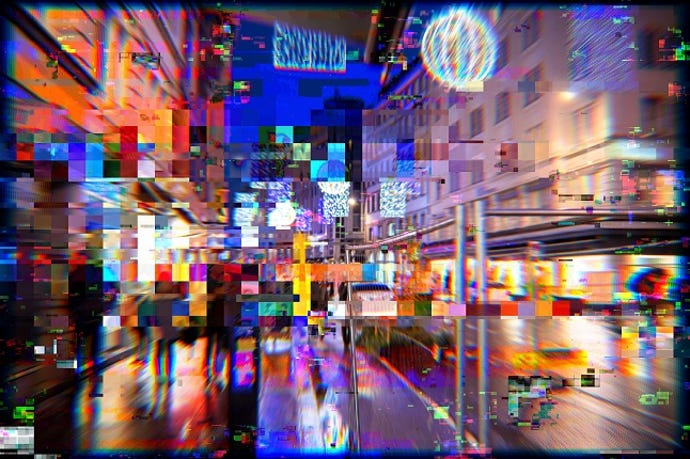 What is the Metaverse?

You cannot escape talking about the metaverse these days. There is a real buzz about it in the tech world as well as in the financial and business worlds. Sometimes the metaverse is known as Web 3.0 and a lot of people believe that it represents the future for us. But what is the metaverse?

The CEO of Facebook, Mark Zuckerberg, certainly believes that the metaverse is the future. In October 2021, he rebranded the Facebook platform as “Meta”. Some people believe that Zuckerberg is the founder of the metaverse and that all the hype has come from him. This is not the case.

The Metaverse is Not New

In 1992, the author Neal Stephenson wrote a book called “Snow Crash”. This book is seen by many as the start of the metaverse craze. Others will tell you that “the Matrix” was the beginning of the metaverse with the movies and the original book “Neuromancer” by William Gibson.

The metaverse is depicted as a 3D virtual world in Snow Crash. People entered the metaverse using personal terminals or through the use of virtual reality (VR) goggles. It is said that this inspired the creation of companies such as Oculus Quest and others that create VR headsets. Whether this is true or not doesn’t matter.

What is important to understand is that the metaverse is not new. In a massively multiplayer online game (MMOG) called “Second Life” that was launched in 2003, players could customize the way that their realistic avatars looked and they could also own virtual property, create virtual assets, trade goods and services, and more.

The difference between the Second Life game and today’s concept of the metaverse is that the game is considered a standalone metaverse. It is not all-embracing which is what people like Zuckerberg believe it needs to be. He said that the metaverse will not just be something to look at but a fully immersive experience.

The Metaverse is a Combination of Technologies

Some metaverse enthusiasts believe that shortly everyone will use the metaverse to connect with their friends and family, play games, go on virtual trips across the world, buy and sell virtual assets and so on.

Zuckerberg and Facebook are not the only big fans of the metaverse. Recently Microsoft paid nearly $69 billion to acquire Activision Blizzard. This is a game developer that Microsoft believes provides the foundation for the metaverse.

Other big tech companies have been involved in the metaverse for quite a while including Google and Apple. What all of these companies have in common is that they believe the metaverse is the bringing together of two main ideas:
1. A digital second life
2. Virtual reality

For a very long time, a lot of tech companies have predicted a future where the virtual lives of people carry the same weight of importance as their physical real life. Not only will we use the metaverse to connect with people but we will also spend our money on making our avatars look as stylish as possible for example.

The Metaverse will be a Huge Shopping Mall

We believe that the metaverse will be a huge shopping mall for users who can purchase unique digital assets such as NFTs (non-fungible tokens). Any number of people can visit this mall as there should be no physical space restrictions. After purchasing the unique digital asset, the owners can sell them at a higher price in other metaverse malls if they want.

As the metaverse grows in popularity, this will open doors for savvy businesses to make significant profits. There are already companies and individuals cashing in on the NFT marketplace and we believe that this will extend to the metaverse.

The Full Metaverse is a Few Years Away

There are elements of the metaverse in existence today and some of these have been around for a long time such as the Second Life game. But when will we be subjected to the “full metaverse”? Nobody knows the answer to this but Zuckerberg believes that it will be available by 2030.

Others say that the full metaverse is closer than this. They believe that the foundations of the metaverse already exist. Today’s Internet infrastructure allows huge numbers of people to gather together in virtual environments. As an example of this, there was a concert recently in Fortnite which featured Travis Scott. Over 12.3 million players attended the VR (virtual reality) concert.

There is a Real-Buzz About the Metaverse

There are several reasons why there is such a buzz about the metaverse today. The first of these is the technological advancements that have been made with VR. When the concept of VR first emerged in the 1990s, the technology was not there to fully support it. Now there are good quality VR headsets available as well as wireless technology devices such as the “Quest”.

In addition to this, blockchain technology has fueled excitement about the metaverse. It is the technology behind cryptocurrencies and NFTs and these days everyone seems to be getting involved. The introduction of the NFT which allowed anyone to own a unique digital asset is heavily linked with the metaverse.

The introduction of “in-game purchases” is also a reason to be excited about the metaverse. This in-game trading has taken off better than anyone expected. There are millions of dollars traded in popular games these days as players strive to equip themselves to reach higher levels within a game and look good at the same time.

How about a pandemic to cause a buzz about the metaverse? The Covid-19 pandemic restricted the movement of people across the globe and forced a much greater reliance on the virtual world. Meetings are conducted using video conferencing services such as Zoom these days and even if we do return to some kind of “normal” this is likely to continue.

During the pandemic, a lot of people had more time on their hands and the number of people playing video games soared. Popular online games helped people to enter an exciting new world where they could connect with others perfectly safely.

The Metaverse is More Than Gaming

Getting these different metaverse platforms to talk to each other will be a challenge for the big tech companies. You cannot get away from the gaming influence when talking about the metaverse though. Games like Minecraft and Second Life are viewed by many stand-alone metaverses and the shape of things to come.

We believe that savvy entrepreneurs will have a big say in the future shape of the metaverse. There is no doubt in our minds that the metaverse will be dictated by profits. If you can get in on the metaverse scene today then you stand to make a lot of money if your ideas take off.