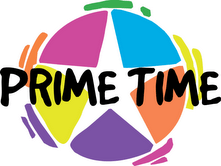 Figuring Out Your Biological Prime Time

During the twenty years that I worked as a classroom teacher people would regularly comment to me about my being a “morning” person. To them it was obvious that I was enthusiastic and energetic first thing in the morning, (I don’t usually drink coffee or other caffeinated beverages, so this was all natural) but I did not see it that way. Instead, I believed that I was simply a person who had chosen a career that required me to be alert and on task by seven or even earlier each weekday morning. I dreamed of sleeping in until nine or ten, but even on the weekends I had to be up bright and early to do my real estate work.

Fast forward to 2006, when I left my teaching position and gave away my real estate clients. Now I was an entrepreneur and could choose the hours I worked each day. But guess what? To my surprise I found it almost impossible to sleep past eight in the mornings unless I had been up late the night before or wasn’t feeling well. Since both of those scenarios are rare for me, it’s up with the chickens for me each day for eleven years now.

For a period of about three hours, somewhere between about six thirty or seven and ten or eleven I accomplish more than I used to by working eight to ten hours in my previous life. I believe these morning work hours are my “prime time” and that my brain is ready to conquer the world with my writing, ideas, and creations. I took this phrase from the world of “prime time” television, where the regularly occurring time at which a television or radio audience is expected to be greatest is typically the hours between eight and eleven in the evenings. And it turns out that the study of “biological prime time hours” is a fascinating one with lots of case studies that make sense.

Also, I absolutely love the work I am involved in as an online entrepreneur, and that makes a huge difference as well. Whether I am writing articles, blog posts, and short reports, or creating information products, I’m anxious to get started and enthusiastic about completing each task or project.

Have you thought about your biological “prime time” hours each day? Sam Carpenter coined this phrase in 2009 in his popular and well-received book, Work the System: The Simple Mechanics of Making More and Working Less. It is my sincere belief that knowing which hours of the day are your best can be crucial to your success. I recommend that you give this some serious thought to figure out what works best for you in terms of writing and creating for your business. If you have a job or career that precludes you from working on your business during these hours, like I did when I was a classroom teacher, then take full advantage of your days off to make up for it.

Also, over the years I have made an effort to get a “second wind” and work for another three or four hours later in the day. Sometimes I am successful with this, but the work I do at this time is never quite as good as what I can accomplish early in the morning. I thought that by napping for sixty or ninety minutes in the early afternoon or evening I might wake up refreshed and ready to work, but if anything this works against me. So I went back to the drawing board and figured out that if I go for a walk or do some other exercise for about thirty minutes I am able to have a second round of prime time. Perhaps it’s the blood rushing to my brain that makes this so. I would love to hear your thoughts and experiences on this topic of discovering and maximizing your biological prime time.

I’m Connie Ragen Green, online marketing strategist, bestselling author, and international speaker on the topics of entrepreneurship and inner game mind shifts. Let’s connect to see how I may best serve you in the near future. And be sure to check out my popular training course, the Internet Marketing Six Pack.