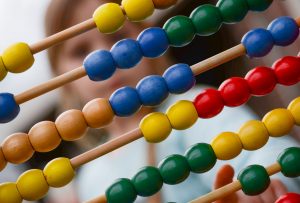 How the Culture of Discipline Serves Entrepreneurs

While I was working as a classroom teacher in the inner city of Los Angeles over a twenty year period, I absolutely detested the fact that I was forced to adhere to a strict schedule throughout every single day. The administration made it such that every moment of our time from the second we drove into the school’s parking lot in the morning until we backed out and on to the street in the afternoon was carefully accounted for and controlled.

When I resigned at the end of June in 2006 I was thrilled at the prospect of doing exactly as I pleased now that I would be working for myself as an online entrepreneur. Yet this euphoria would not last as the harsh realities set in.

At first I slept each morning until I awoke on my own, did as I pleased for most of the day, went to bed whenever I was too tired or had run out of activities to keep me interested, and did what I considered to be real work for some period of time in between.

This schedule and mindset does not make you very much money, I soon found out. The business only grows and flourishes if you are there, mentally and physically to make it happen.

Instead, by creating a strict schedule for myself I was able that summer to lay the foundation for what would become a very lucrative and enjoyable business.

The model I chose to emulate? The one I had learned and become accustomed to as a school teacher for the previous two decades.

That’s correct. I set a time to get up each morning, already had a to-do list of what I wished to accomplish laid out for the day, and went to bed even earlier than I had on school nights in the past. Sure, there were days here and there when I got off schedule for good reason but for most of that summer I was bound by the schedule I had created for myself out of a necessity to succeed.

By setting a rigid schedule for my new business I was simply going through the paces each day. By this I mean that I was not allowing my creative juices to flow, even a little bit. Too much discipline kept me penned in with what I was striving to achieve. It became a Catch-22 for me in that if I honestly did not believe I was a creative person, why in the world would I develop a schedule that would have flexibility in it for the creative process to emerge?

Successful companies have used this strategy of implementing a “culture of discipline” in order to unleash a plethora of creativity. Our success as entrepreneurs is launched by our imaginations, visions, willingness to take massive risks, leaps of faith, and creative thoughts that eventually are harnessed into tangible assets.

This manner of thinking, believing, and manifesting can get out of hand, and soon the “suits” come in to tame the wild horses.  If you work for yourself it’s your alter ego that cracks the whip and your creative side jumps to attention. It’s time for a culture of discipline.

You focus on turning off your right-brained ideas and bury your head in more sane and logical processes such as checklists, outlines, and those dreaded rules. This might work to create order out of the chaos, but in so doing we have also killed the entrepreneurial spirit and what we now think of as the KonMari Method goal of throwing away anything that is clutter and only keeping those things, both tangible and intangible that spark joy in our life.

I made a rule for myself years ago that states “if it isn’t fun, I don’t do it” and this is true for many creatives. In corporations and with entrepreneurs alike, there must be a fun portion of the process or it just isn’t worth being a part of any longer. Now that I think about it, this was the very reason that caused me to lose interest in my teaching career. But I digress.

As the magic wanes the mediocrity quickly slides in on little cat feet and soon the work is similar to any other that one might choose in order to make a living. It represents the death of a dream and can lead to boredom and incompetence.

So what’s the solution to this situation, where creative minds butt heads with liner, logical thinking from across the aisle but basically on the same page and with similar goals?

You must blend focus and discipline and work ethic into one ball of energy and implementation where the results are outstanding on any level and everyone involved feels like a valuable part of the process and no one is settling for work that only partially fulfills their innermost need for satisfaction and completion.

Strict rules and a culture of discipline combine to bring about creativity and innovation. It is sometimes linear but may also be circular. In a company this manifests as shared responsibility for projects, with an emphasis on outstanding results. For entrepreneurs it looks like massive productivity with the possibility of never before seen results, leading to superior products and systems for creating them.

In the corporate world this is referred to as a “culture of discipline” and in the world of entrepreneurship it is thought of as lifestyle design with success.

Experiment, think outside the box, imagine what could be, and then use a proven blueprint to test everything at least three times to make sure you’re on the right track for your goal. It’s consistency within restraints and the freedom to make magic. It’s safe and fun and effective and makes your life worth living just to know you participated in greatness of its own creation.

Like a finely created main dish, the recipe cannot possibly be written down because it will be interpreted differently by each chef who chooses to make it their own.

Stay focused and productive each work day, allow creativity to have free reign within a structured framework, and always take full responsibility for both your results and your outcomes. The culture of discipline makes everything come together.