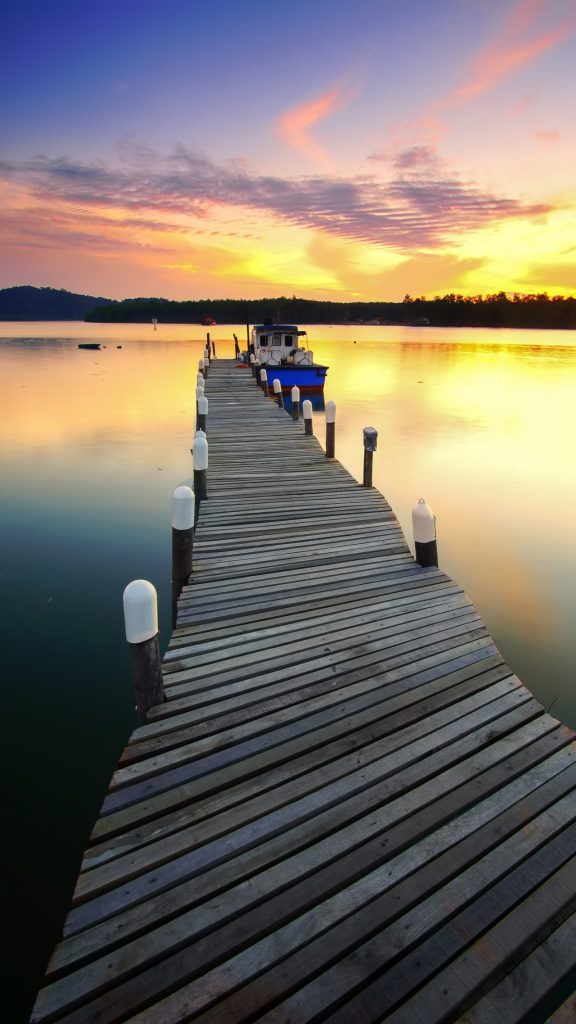 Defining moments are those times in our life when we have a shift in our thinking. These events are ones that typify or determine all subsequent related occurrences. Let me give you an example.

As a young child being raised by a single mother, we found ourselves homeless at two different times. I believe the first time did not have much impact on me as it came across as an adventure of sorts. The second time this situation occurred I was scared and felt very alone. I also promised myself that this would not happen again and that it would never happen to my family when I grew up and became a mother.

These were two defining moments in that the first time my mother and I had no place to live for a few days was something I looked back on for decades as an experience where I was lulled into a false sense of security when none was there, even if my mother was doing it for my own good. The second time left an imprint on my mind as the moment I began to see my life as one in which I was going to need to play a very different role from that of the other children I knew.

Are We Defined by our “Defining Moments”?

The next defining moments for me occurred while I was in college at UCLA. I discovered during these years that I truly wanted to become a writer. A real writer. A good writer. A professional writer. I had toyed with this idea since I was about ten or eleven years old, but now I was in an environment that could bring it all together for me. I took English classes, then classes in creative writing, short story writing, play writing, and finally screenplay writing.

I met other students who were actively pursuing their dream of writing for a living. I had every opportunity that the others enjoyed. I always completed my writing requirements for each class I took. But I seldom did any more than that. It was time for me to graduate (I was a political science and psychobiology dual major) and I had almost nothing in my writing portfolio. But I was young and believed I had years to bring my dreams and goals to fruition.

The following year I took writing courses through UCLA’s extension program. Professional writers of the highest caliber taught the courses. One man, Dee Caruso inspired me to write more than others had. Dee was a screenwriter and producer who had begun writing jokes and routines for stand-up comedians in nightclubs during the the 1950s. Over the years he became very successful with writing, directing, and producing films and television series and decided he wanted to give back by teaching young and aspiring writers his craft.

Hindsight is twenty-twenty, of course and I later realized I could have worked hard, not given up, and had Dee and the others help me break into writing. Instead, I once again did only what was asked of me and was not taken seriously by my instructors or fellow students.

“Defining Moments” on the Road to Success

I have a colleague who struggled as I did her first couple of years working online. But then things came together for her and the money followed. She tells a story of one day being in the grocery store in the pet food aisle. For a couple of years she had to figure out how many cans of cat food she could afford to purchase at one time and would have to engage in mathematical calculations to make sure she and the cats would eat, and on that particular day she realized she could buy everything on the shelves if she wanted to do that. As she described this moment for me and others one day she made a sweeping motion with her arm to indicate she was sweeping the cans from the grocery store shelves into her cart. I will never forget that powerful visual. This was her defining moment in that she stepped into her success and owned it, on that day and forever after.

We must choose our defining moments whenever possible. By this I mean that we must write down our goals, make a plan, and stick to it. It will not be easy, but then if it were so easy then everyone would be able to achieve 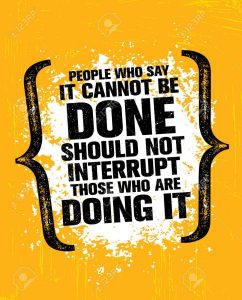 their goals. Be willing to go the extra mile where it is not so crowded, reach for the moon and the stars, and take a stand for what you believe and want as a part of your life experience. Do not listen to the naysayers who tell you your dreams and goals are unrealistic, silly, or just plain impossible to achieve. Their words are about them, not at all about you. It reminds me of the well known quote, most often attributed to George Bernard Shaw that says “People Who Say It Cannot Be Done Should Not Interrupt Those Who Are Doing It.”

My defining moment when I started my online business was the day in 2007, about a year after I began my work as an entrepreneur when I realized I could set myself apart from others simply by doing more. I wanted to write; I wrote more each day than anyone I knew. I wanted to host teleseminars; I did one every week for a year and a half. I wanted to create online courses; I created fifty of them in less than three years. This gave me the practice and experience I needed to rise above the crowd. By doing the work in this way I reached my ten thousand hours of practice in record time.

Life’s defining moments are milestones that carry us forward towards our goals. Sometimes you don’t see them coming, other times you realize their impact on your life in retrospect, and then there are the times when you set your sights on a dream and everything falls into place due to your vision, actions, and efforts. No matter how they occur, be sure to stop and acknowledge what they mean to your overall mission and vision for your life.

What are your defining moments throughout your life so far?