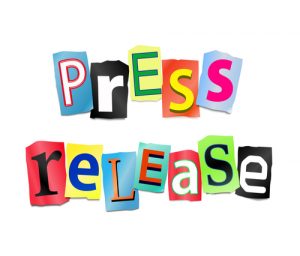 Press Release: Examples of Effective Ones for Your Business

Having just spent two weeks in Santa Barbara at the International Film Festival I am once again reminded of how and why press releases are so important. Small, independent films from countries around the world received more attention when press releases were distributed throughout the festival. This is an effective way to communicate directly with the audience you wish to reach, while sharing the exact and specific information you wish to share.

According to its definition, a press release, also referred to as a news release, media release, or press statement is a written or recorded communication directed at members of the news media for the purpose of announcing something ostensibly newsworthy. This is just a fancy way of saying what I wrote in the previous paragraph, but it sounds much better this way.

Long ago, perhaps in an English class you may have been taught that press releases should contain the “who, what, where, when, and why” of a news story. Even thought this is still true, in modern times we have expanded upon this to include some other components. Here are some tips for you to keep in mind as you are composing your release:

Press releases are intended to pique the interest of journalists and the media, so take your time to put together a release that is well thought out, well written, and informative. This can be the first step in achieving your goal of visibility for yourself and your topic. The marketplace is flooded with potential stories and pitches on a daily basis, so making yours stand out from the pack is crucial if you are to maintain credibility.

If you assume that ninety-nine percent of the people who read your release do not actually care about you or your topic you will be forced to make it interesting, succinct, and detailed. This will make it much easier for you to sift through the readers and find the exact people and groups who will be interested and benefit from what you have to offer.

Before you even begin writing your press release, ask yourself what end goal you have in mind. For example, do you want people to read your book, attend your event, or contact you for an interview? If you know where you are going from the very beginning you have a much better chance of hitting your goal and moving forward.