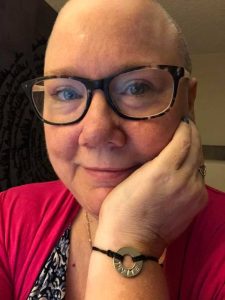 Since 2006 I have helped to raise over four million dollars for a variety of charities and non-profits. In fact, this is my favorite activity because it allows me to combine my leadership and marketing skills with my creativity and a passion for helping others.

I’m going to share a story with you here…

Recently I participated in an event in Atlanta hosted by people I have known for a decade. A few weeks before this conference was to take place it was announced by the main host that she wanted to raise money leading up to the event for a charity involved in childhood cancer research. My eighteen years old grandson is battling cancer right now, so this is a cause that is very personal to me.

She was going to shave her head when the donations came to a close and set a goal of five thousand dollars. Here is the video Kelly made before the event to explain what she was doing and why:

I waited to see how the fundraising was going, but when I checked the numbers twenty-four hours before the deadline they had raised less than a thousand dollars, and half of that was from one person. In other words, it wasn’t going so well. It seemed like the right thing to do for me to come forward with my experience in this area and help to move the donations ahead a little more quickly.

What I have learned from over a decade of fundraising is that you must:

I wanted to be of service to these people at the event and to this cause, so I came up with an idea that had the potential to increase donations exponentially. My gift is connecting people and that is where I began. As I looked around the room I found what I needed.

So I approached a man at the event, Paul and asked him if he would also shave his head if the amount donated was at least doubled. He’s a good sport and his hair is already super short, so I was pretty sure he would agree and his wife wouldn’t mind when he got back home after the event. He did agree. Kelly was contacted with this news and her fundraiser began to take off. Within the next eight hours or so the amount had doubled and continued growing from there.

You can achieve almost any goal when you’re willing to think big and forge ahead. If you are going to play this game called life, play big and play for keeps. Entrepreneurs have the ability to change the world and many of us are focused and motivated to do just that, in our own way. If you are involved with a cause and need my help with your fundraising efforts, please let me know. I am very good at this, especially after a decade of experience and learning more about how to do it efficiently and for the right reasons. The world needs more leaders and strategic fundraising for entrepreneurs is an excellent way to lead by example and help others in need in the process.

“A leader is someone who demonstrates what’s possible.” ~ Mark Yarnell

You may still donate to Kelly’s fundraising efforts for St. Baldrick’s here. I would love to see her finally reach her goal. It’s interesting that I initially connected with Kelly when she did this same thing a number of years ago. I was so moved by her actions back then I knew she would be someone I wanted to spend time with online and off in the coming years and get to know better.

Note: A group I have been involved with for over a decade that helps the children and the families affected by pediatric cancer is the Michael Hoefflin Foundation. Michael died in 2006 at the age of ten years old and his family continues to honor his struggle and his courage through this foundation. My own family and I never thought we’d be personally touched by this disease, and now we are experiencing it from another dimension. Thoughts and prayers for my grandson, if you would be so kind.