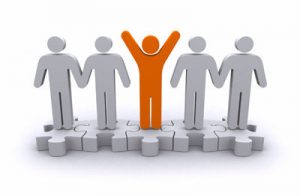 Creating your own information products and selling them on the Internet is an excellent way to earn both passive and residual income. My first year working online (2006) was a struggle because I did not do this, and once I did everything changed for me in a big way. Think about the topics you know something about, the market for products in that niche, and the way that you can establish your credibility so that people will think of you as one of the experts in this area. When you learn how to create information products your business will soar.

I was on a flight recently and began talking with the man sitting next to me. He was a businessman who flew each week to someplace in the United States. He was so intrigued when I told him what I did online that he said he’s like to create his own information product to sell. Then he said that he wasn’t an expert at anything, something that I hear on a regular basis. I told him I could prove otherwise if he was willing to spend a few minutes talking about it.

I asked him about the regular travel he did every week. He told me how much fun it was to meet new people and to visit new cities. Then I asked him what he disliked the most about his work. He said that the very worst part was the problem he used to have with his ears when he was in an airplane. He had terrible pain, and sometimes it would last for an entire day after he landed. It had caused all kinds of problems, such as not being able to hear someone talking to him, feeling nauseous, and embarrassing him in front of his clients.

Information product creation is all about solving problems for people. This was a perfect example of this, so we explored it further. He said that he used to have this problem, so I asked him what he had done to remedy the situation. For the next ten minutes he detailed the exact steps he took to eliminate this problem, and how it had been several months since it had recurred.

That was his expertise. He could help anyone to enjoy their flight and not have the ear pain and other issues associated with flying. By the end of our flight we had outlined the information that we would share with others on this topic. He was on his way to becoming an online entrepreneur after spending just a couple of hours talking it out.

What is your area of expertise? How can you help to solve a problem for others? Think about this and decide if this is information you would like to share with those who need it most and are willing to pay for a solution to their problem.

Be sure to check out my training on this topic at Really Simple Info Products and get started today with massive, passive income.